Tuesday, July 7, 2020 | 8:00 pm ET
Book Fest in your Living Room presents
Zoom Author Talk & Q&A
An Evening with Lisa Taddeo and Chelsea Handler New York Times Bestselling Authors of Three Women and Life Will Be the Death of Me…and you too 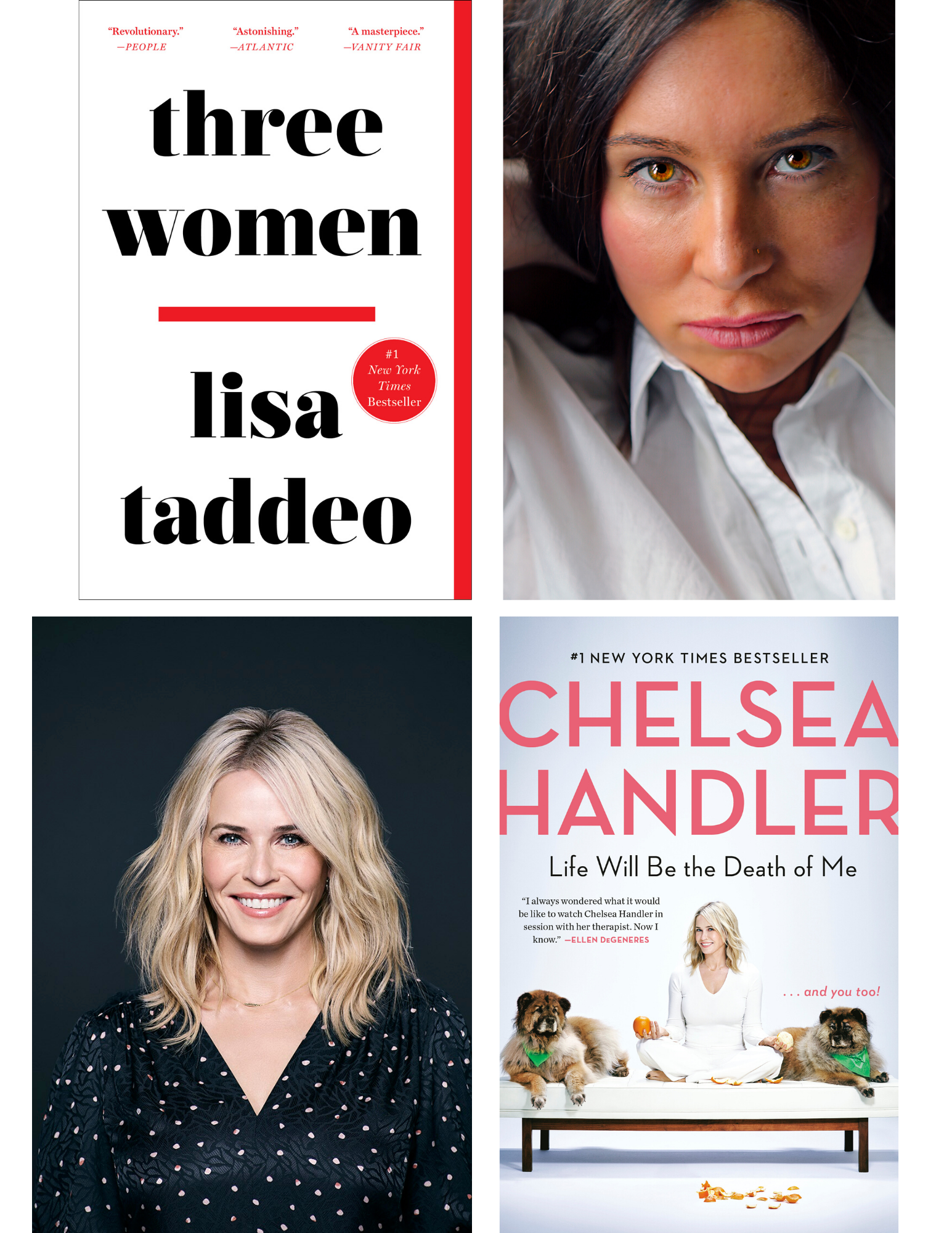 In Partnership with the JCCs of Atlanta,Boulder, Dallas, Ft. Lauderdale, Indianapolis, Miami, and St. Louis

Join us for an evening of intimate and fascinating conversation with two of today’s most dynamic women, New York Times bestselling authors Lisa Taddeo and Chelsea Handler.

When Lisa Taddeo’s Three Women hit bookstore shelves last summer, it became an instant #1 New York Times bestseller and one of the most talked-about books of the year. Three Women is, without a doubt, “the most in-depth look at the female sex drive that’s been published in decades” (New York) and a “groundbreaking...breathtaking…staggeringly intimate” (Entertainment Weekly) look at the sex lives of three real American women—based on nearly a decade of reporting.

In suburban Indiana we meet Lina, the homemaker and mother of two whose marriage, after a decade, has lost its passion. Starved for affection, Lina battles daily panic attacks and, after reconnecting with an old flame through social media, embarks on an affair that quickly becomes all-consuming. In North Dakota we meet Maggie, the seventeen-year-old high school student who allegedly has a clandestine physical relationship with her handsome, married English teacher; the ensuing criminal trial will turn their quiet community upside down. Finally, in the northeast we meet Sloane, the successful, refined restaurant owner whose husband enjoys watching her have sex with other men and women.

Based on years of immersive reporting and told with astonishing frankness and immediacy, Three Women is both a feat of journalism and a triumph of storytelling, brimming with nuance and empathy. “A work of deep observation, long conversations, and a kind of journalistic alchemy” (Kate Tuttle, NPR), Three Women introduces us to three unforgettable women—and one remarkable writer—whose experiences remind us that we are not alone.

About Life Will Be the Death of Me…and you too

From In a haze of vape smoke on a rare windy night in L.A. in the fall of 2016, Chelsea Handler daydreams about what life will be like with a woman in the White House. And then Donald Trump happens. In a torpor of despair, she decides that she’s had enough of the privileged bubble she’s lived in—a bubble within a bubble—and that it’s time to make some changes, both in her personal life and in the world at large.

At home, she embarks on a year of self-sufficiency—learning how to work the remote, how to pick up dog poop, where to find the toaster. She meets her match in an earnest, brainy psychiatrist and enters into therapy, prepared to do the heavy lifting required to look within and make sense of a childhood marked by love and loss and to figure out why people are afraid of her. She becomes politically active—finding her voice as an advocate for change, having difficult conversations, and energizing her base. In the process, she develops a healthy fixation on Special Counsel Robert Mueller and, through unflinching self-reflection and psychological excavation, unearths some glittering truths that light up the road ahead.

Thrillingly honest, insightful, and deeply, darkly funny, Chelsea Handler’s memoir keeps readers laughing, even as it inspires us to look within and ask ourselves what really matters in our own lives.

Lisa Taddeo has contributed to New York magazine, Esquire, Elle, Glamour, and many other publications. Her nonfiction has been included in the Best American Sports Writing and Best American Political Writing anthologies, and her short stories have won two Pushcart Prizes. She is the author of Three Women. She lives with her husband and daughter in New England.

Please register in advance to ensure your spot as space is limited! After registering, you will receive a confirmation email containing information about joining the meeting.